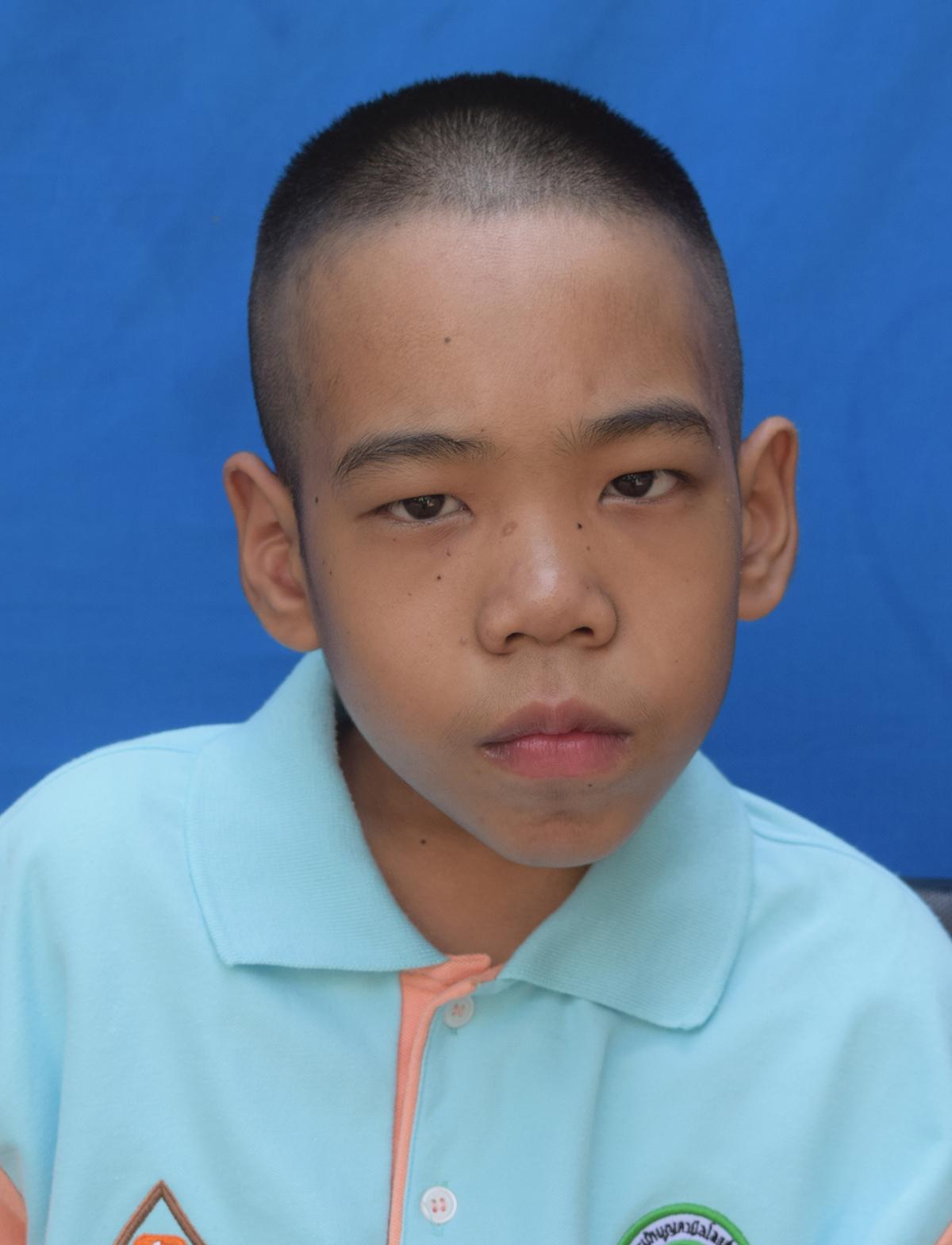 He has spasticity both of arm and leg but the left side over the then right side. The vision and hearing are normal but he has poor communication. He often uses the right hand to do the activity. In past history, His birth weight was 3,500 grams. When he was 7 months, he couldn’t crawl. He began to craw at the age of 8 months and sit with support at 9 months. He can walk when he was 2 years old. He had surgery on his left heel when he was 3 years old. At the age of 8 years, he had epilepsy and he had seizures 2 to 4 times per month. He had received a CT scan brain examination at Chiang Rai Prachanukroh Hospital, The result of detecting the right brain are partial atrophy. Now the spasticity gets worse until he couldn't walk. He can craw but it’s abnormal crawling. He can help themselves with mild assistance to do the activity of daily life. He mostly lives in a wheelchair. The special need for him is a wheelchair suit with his physiology and pathology.